Archive for the tag “Shiftless” 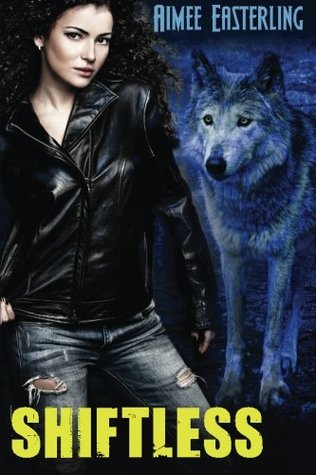 I am happy to present my first official Wednesday Author Interview for your enjoyment. My guest today is Aimee Easterling, author of the Young Adult paranormal werewolf novel, Shiftless. Please feel free to comment on Aimee’s interview, and ask any questions you might have about her book, her writing style, or what’s coming up next for her. And if you enjoyed this interview, please let her know that as well.

Welcome to Bookin’ It, Aimee, and thank you for taking the time to answer my questions.

Aimee Easterling has been spoiled by four dogs, has spoiled six cats, and has largely been ignored by two guinea pigs, four turtles, and a slew of fish during her thirty-some year life. Studying biology and working as a naturalist have both informed her writing, but she’s quite willing to let reality slide in favor of a good story. When not writing, she loves to read and always keeps books by Robin McKinley, Patricia Briggs, and Elizabeth Peters on her shelf. She is currently hard at work writing the sequel to Shiftless, her first werewolf novel.

1. Tell us a bit about how you became a writer. When did you decide that’s what you wanted to be, and what steps did you take to prepare for a writing career? END_OF_DOCUMENT_TOKEN_TO_BE_REPLACED

Don’t forget to enter HERE for a Free Signed Copy of Aimee Easterling’s YA paranormal werewolf fantasy, Shiftless. Plenty of chances left to win, and you can enter multiple times, in various ways. Don’t miss out! FREE is good! And FREE, SIGNED BY AUTHOR is better, yet! 😀

1. Don’t forget to enter HERE for a Free Signed Copy of Aimee Easterling’s YA paranormal werewolf fantasy, Shiftless. Plenty of chances left to win, and you can enter multiple times, in various ways. Don’t miss out!

2.  Don’t forget to check out Evey’s Writers Blog, where I’m the featured author all this week. Read a bit about my newest book, Swamp Ghosts, as well as Wake-Robin Ridge, and Summer Magic. There are excerpts from both novels! Please come by and say hi. I promise to answer any questions you might have. 😀 Thanks, Evelyn!

3. And last but not least…oh, no! Definitely not least! Don’t forget that Swamp Ghosts goes live on Amazon, Thursday, May 1. (That’s the day after tomorrow!)This is the one you’ve been asking me about. Snakes and alligators and psychopaths, oh my. A beautiful red-headed heroine, and a big, blond Viking of a guy who’s a wildlife photographer. Oh, the adventures they have, canoeing on some of Florida’s most remote backwaters, in pursuit of the rarest of the rare. Danger and romance, galore. Tune in Thursday for the link for the Kindle download. Print book will follow in a week or two. 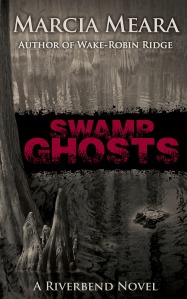 After reading Aimee Easterling’s short story, Bloodling Wolf, I knew I would be interested in reading more about this well-developed world of werewolves.  Though I enjoy weres and shifters in well-written books, I wasn’t sure there was anything new to be found in the genre.  Easterling’s short story surprised me by throwing in some interesting twists I’d never seen before. I was eager to read the first novel in her new series. Shiftless did not disappoint.

I don’t want to say too much about the hero of the story, Wolfie, an alpha wolf who is more comfortable in his wolf form than his human one, or about the heroine for whom the book is named, Terra. This book has unexpected turns on every page, and I think it’s more fun for a reader to discover them as they happen, than for me to give them away here. But I will say that Terra has been without a pack for ten years, by choice, and as a result of her choice, has been unable to shift into her wolf form that entire time.

Wolfie, on the other hand, has an established pack of his own, many of whom are misfits who had never before found a place they belonged. That Terra will end up connecting with Wolife and find a home in his pack seems pre-destined, but don’t think that’s exactly how it all turns out. There are many more suprises in store, starting when Terra’s cruel and abusive father tracks her down, and forces her to make a choice she never thought she’d be faced with.

There is a sweet romance developing between Terra and Wolfie, appropriate for younger readers, and I was especially impressed with the solid, reliability of Wolfie’s nature. He’s stalwart and loyal, while being completely in control of his pack. He plays fair, and he’s always one step ahead of where you think he’ll be. While Terra is strongly attracted to him from the start, she has learned very little about him, as a person. I’m guessing that will change in future books, because I’d like to know more about him, myself. Of course, it helps to have read Bloodling Wolf  first, as it does give you some background on how and why Wolfie started his own pack.

The world-building is quite good in Shiftless, and I have no doubt the next book in the series will be equally strong and original. It will be fun to watch these characters come into their full potential. Nice job all around, and well set up for the next book.

To Win a FREE, SIGNED COPY of Shiftless, click here, then scroll down and enter by any of the various ways. The giveaway will be running all week, so tell your friends, too. And those of you who don’t win the free copy, head on over to amazon, anyway. You know you want this one!

The musings of a Londoner, now living in Norfolk

This Is My Truth Now

A man with dyslexia writing about this and that and everything else!

A Quiet Place of Inspiration. We love art and literature.

Writing - Loving What I Do and Doing What I Love!

betweenthelinesbookblog.wordpress.com/
I Write. I Read. I Review
booklovercircumspect4