Archive for the tag “Harry Dresden”

In The Famous Words of Harry Dresden…

…just before he starts setting things on fire.

And with that thought, I’m going to keep calm, take myself to bed, and call this weekend DONE.

See you all tomorrow. Sleep well.

Friday: What Are You Reading?

Today is What Are You Reading Day, as always. Inquiring minds wanna know. Let us hear from you. (Some of us take notes, you know. 🙂 )

I’m reading several things at once, this week. Just finished the first two books in the Nora Roberts Cousins O’Dwyer trilogy, am working on Dana Mason’s Dangerous Embrace, and Anna Celeste Burke’s A Dead Sister. Will be reviewing the O’Dwyer books soon, and hoping to wrap up the others before long. I’ve got Skin Game coming next week, and nothing shall get between me and Harry Dresden! Nothing, I say! 🙂

Your turn. What are you reading? 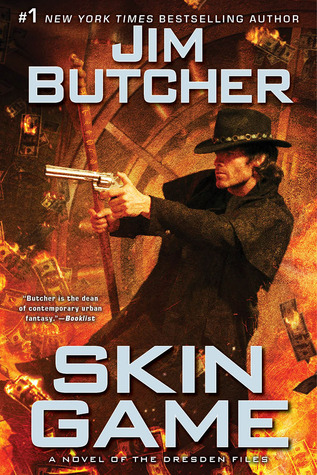 Finally! A release date for the long-awaited next book of The Dresden Files. I won’t say this is my favorite cover of the series, by any means…and what’s up with that gun, Harry?…but I don’t care. I cannot WAIT to get my hands on this book!! I am pre-ordering it already. (Yes, it’s available for pre-order on amazon now.) I was beginning to think Jim Butcher had gone off to write comic books…ahem…I mean graphic novels, of course…forever, so now that there is an actual date for this release, I’m both relieved and ecstatic–even though it’s still almost HALF A YEAR away!!! 😯

Dang, Jim Butcher!  Take us on a ride, why doncha?  I finally found time amidst all that’s going on around here to finish Cold Days.  I read until 2:00am last night, determined not to stop until I knew how it all turned out.  Holy guacamole!  This book is what Cecil B. DeMille would write if he were an Urban Fantasy author instead of a long-deceased director of big-budget Hollywood spectacles from decades ago. END_OF_DOCUMENT_TOKEN_TO_BE_REPLACED

Ack.  Have you ever been so involved in a book that you were almost afraid to turn the page?  That’s how I’m feeling about Jim Butcher’s latest in the Dresden Files series, Cold Days.  The suspense is killing me, and I keep finding END_OF_DOCUMENT_TOKEN_TO_BE_REPLACED

“I don’t care about whose DNA has recombined with whose. When everything goes to hell, the people who stand by you without flinching–they are your family.”

“Jobs are a part of life. Maybe you’ve heard of the concept. It’s called work? See, what happens is that you suffer through doing annoying and humiliating things until you get paid not enough money. Like those Japanese game shows, only without all the glory.”

(Probably My Favorite in the Entire Series)

It’s finally cool here in central Florida–and by cool, I mean 50-ish at night, and 70-ish in the daytime–so I should be working in my yard, cleaning up the mess from late summer.  But after 5 days of hauling tree debris around and trying to make a dent in that particular mess, I really don’t feel like it.  The garden will have to wait a bit longer, I’m afraid.  And then, there’s my latest distraction:  END_OF_DOCUMENT_TOKEN_TO_BE_REPLACED

Hey, all you Jim Butcher, Ilona Andrews, and Janet Evanovich fans out there!  Just a heads up, in case you forgot to check my Milestones widgets.  These guys have books coming out soon.  Be ready to pre-order, or to head to your local bookstore on Release Day, if you are anxious to keep up with these three series.  To wit: END_OF_DOCUMENT_TOKEN_TO_BE_REPLACED

Under My Hat: Tales from the Cauldron edited by Jonathan Strahan

Anyone who’s visited this blog more than a few times probably knows that I’m very fond of good anthologies.  A well-written short story (which is rarer than you might think) is a treat to me, especially when I can enjoy one between reading bigger books.   In fact,  I enjoy collections of short stories enough to have devoted an entire END_OF_DOCUMENT_TOKEN_TO_BE_REPLACED

Aaah, Harry Dresden!  I hope some of you clicked on the image above, the better to see Chris McGrath’s wonderful cover painting of everyone’s favorite wizard!  (Grown up wizard, that is!)  If you DID take a close look, then you’ll likely understand why I love Harry Blackstone Copperfield Dresden so much.  Six and a half feet of pure, good-hearted chivalry, in a world where almost NONE exists, and wearing a long black duster, too!  Not to mention he carries a rune-covered magic staff and a blasting rod of flame and destruction!  Who WOULDN’T want this guy on their side?

With the release date of Cold Days coming up soon, I figured it’s time END_OF_DOCUMENT_TOKEN_TO_BE_REPLACED 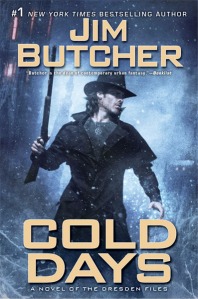