Archive for the tag “Free Promos” 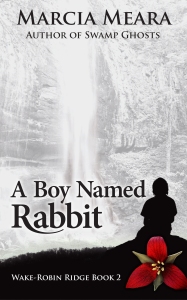 “Evil’s comin’, boy…comin’ fast. Look for the man with eyes like winter skies, and hair like a crow’s wing. He’s the one you gotta find.”

The remote mountain wilderness of North Carolina swallowed up the ten-year-old boy as he made his way down from the primitive camp where his grandparents had kept him hidden all his life. His dying grandmother, gifted with The Sight, set him on a quest to find the Good People, and though he is filled with fear and wary of civilization, Rabbit is determined to keep his promise to her. When he crosses paths with Sarah and MacKenzie Cole, neither their lives, nor his, are ever the same again.

The extraordinary little boy called Rabbit has the power to change the world for everyone he meets, and the resourcefulness to save himself from the one person his grandparents had hoped would never find him. His dangerous and bittersweet journey will touch you in unexpected ways, and once you’ve let Rabbit into your heart, you’ll never forget him.”

If you haven’t yet read Book 1, Wake-Robin Ridge, you can download a free Boxed Set that includes both Book 1 and Book 2. It’s a great deal! What can be better than FREE? And what have you got to lose? 🙂