Archive for the tag “Devon Monk”

Top Ten Tuesdays are a fun meme, hosted by The Broke and The Bookish. The idea is to  feature lists related to all things bookish–characters, authors, titles, and favorites. What a neat way to find new and interesting books on all sorts of topics. Good way to discover bloggers who love the sorts of books you do, too.

Check out The Broke and The Bookish for their top ten and lists of other bloggers who participate! And maybe give it a try, yourselves.

The subject for June 16 is:  Top Ten Books On My Summer 2015 Reading List. Since I’ll be home recovering from foot surgery through all of August and probably into September, I might actually make some progress on these. So without further ado, here’s my list:

1. Blue Lily, Lily Blue by Maggie Stiefvater. This is the third book in The Raven Cycle series, which I adore. The first two books were among my favorite reads of the last couple of years, but then again, Maggie Steifvater is one of my very favorite writers, too. I’ve been taunting myself with this one for weeks, but saving it for some quiet, uninterrupted reading time.

2. Hollow City by Ransom Riggs. This is the sequel to Miss Peregrine’s Home for Peculiar Children, a very creepy, totally bizarre book that I couldn’t explain to you if I tried. But don’t worry. There are photos. Really weird photos. Sort of like this one on the cover of Hollow City. I really liked the first story, and am looking forward to seeing what happens next. 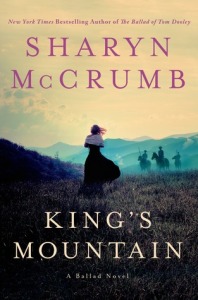 3. King’s Mountain by Sharyn McCrumb. Most people who know me at all, know how much I love the Appalachian mountains. I’ve read nearly every Sharyn McCrumb book out there, because she writes about them so beautifully, and can’t wait to read this. They often have an element of supernatural to them, be it a wandering ghost or two, or a character with The  Sight. But not always. This one focuses on the Revolutionary War battle of King’s Mountain, a site I’ve visited, myself. I have no idea what the story line will be, but it’s Sharyn McCrumb. Good enough for me.

4. The Way of Kings by Brandon Sanderson. I first discovered Brandon Sanderson with his novel The Alloy of Law. I enjoyed that book so much, I went back and read the earlier series it’s part of, The Mistborn Trilogy. Loved that, too. So I’m now working my way through all  of his books, and this one is Book 1 of the Stormlight Archive. I’m sold on Sanderson.

5. Ink and Bone by Rachel Caine. I loved Rachel Caine’s Weather Warden series, and the Outcast Season spinoff. I loved her YA Morganville Vampires series. Didn’t get into the Working Stiff one, but this book sounds like the start of something big. It deals with the great library of Alexandria, and the premise sounds loaded with possibilities. Can’t wait.

6. The Veil by Chloe Neill. I haven’t yet read a lot about this one, but frankly, Chloe Neill’s Chicagoland Vampires series is so darn good, I’ll give anything she writes a chance. Two words: Ethan Sullivan. Best vampire, EVER. So come August, I’ll be finding out what the Veil is all about. 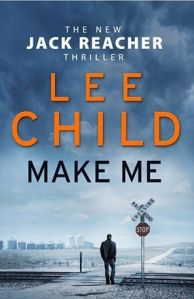 8. Crucible Zero by Devon Monk. Started reading Devon Monk’s House Immortal series, and found it very entertaining. I won’t try to explain the complicated premise, except to say the main characters are made up of Pieces/Parts…kind of like  Frankenstein, or maybe chicken nuggets, whichever you prefer. 🙂 It’s not quite as icky as it sounds, and I’m quite looking forward to this next volume.

9. The Entire Discworld Series by Sir Terry Pratchett. After discovering the  Wee, Free Men a year or so ago, I knew I wanted to read more of Pratchett’s famous Discworld series, and I’ve finally started. I’m on The  Wyrd Sisters, which is Book 6, and plan to keep on reading straight through. Yes, all 763 books. Or so. 🙂 Hilarious beyond belief. I’m very fond of Rincewind, Death, and maybe most of all, The Luggage. A concept that makes me laugh every time it trundles onto the page, using all it’s teeny-tiny feet. Not to be missed. (Not that I’ll finish the whole series this summer, you  understand. But I plan to make a good dent in it.

10. The Aeronaut’s Windlass by Jim  Butcher. Saved the best for last! You can’t have spent much time around here and not know that Butcher’s Dresden Files series is my favorite Urban Fantasy series of all time. Jim Butcher RULES. And Jim Butcher plus Steampunk? I’ve died and gone to heaven! (Even though this new series has no doubt slowed down the next Dresden book. But if it’s as good as I’m guessing, I’ll try to forgive him. )

And there you have it. Hope you find something new and interesting to check out.

It’s Moon’s Day, once again, and that means time to give away a book or two. Finished up giving away all the Odd Thomas books to date last week, so this week, I’m moving on to other recent releases you might be interested in winning. END_OF_DOCUMENT_TOKEN_TO_BE_REPLACED

For those who never notice my Countdown widgets, the next couple of months are going to be a lot of fun for fans of several great series. And in eight days, on September 2, four new books hit at once that I’m particularly excited about, to wit: END_OF_DOCUMENT_TOKEN_TO_BE_REPLACED

Cold Copper was one of those books you just hate to see end! I mean it. I did not want to put it down. There’s so much more to come from this story, and yet, no information to be found on how long I’ll have to wait for Book 4 in this fantastic steampunk series. That makes me sad. I love END_OF_DOCUMENT_TOKEN_TO_BE_REPLACED

Another 5-star Roller Coaster Ride from Devon Monk! Is Tin Swift great literature? Nah. But is it a whole lotta fun, written well, developed well, and filled with excitement, cover to cover? Yep! If anything, Tin Swift is even better than the first book of this series, Dead Iron, so it gets a full 5 stars from me for pure entertainment value.

Again, the setting is an alternate steampunk version of America and the westward expansion, as it never was, of course, but END_OF_DOCUMENT_TOKEN_TO_BE_REPLACED

What Are You Reading? 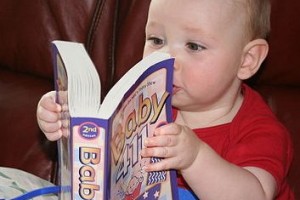 Since I missed my chance to post this question on Friday, I’m asking this morning! Inquiring minds still wanna know, even a day late. What are you reading today? Or what have you read in the last few days?

I’m half way through Tin Swift, the second book in the Age of Steam series, by Devon Monk. I simply love this series. This book is even better than the first one, Dead Iron. I can’t wait to review it, and start the third, Cold Copper.

Your turn now? Tell us what’s got you turning pages today?

I’ve only started reading steampunk in the last two years or so, but hands down, this is my favorite book in the genre, so far. Written with far more intelligence than most, Dead Iron is filled with characters who pull you in, a plot that is END_OF_DOCUMENT_TOKEN_TO_BE_REPLACED