Archive for the category “Historical Romance” 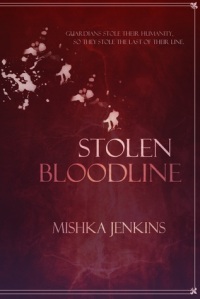 One of the best things about doing author interviews, is that I get a chance to introduce my followers to newly published writers, as well as those who have been plying their craft for a while. Today, I’d like to welcome Mishka Jenkins to Bookin’ It. Mishka is a new writer, the author of three books, released at one time, and who is working on a fourth. Quite an accomplishment for anyone, and especially for someone just getting their career underway. I’m so happy to have her with us.

BI: Mishka, Tell us a bit about how you became a writer. When did you decide that’s what you wanted to be, and what steps did you take to prepare for a writing career?

Mishka: Creating stories is something I’ve always enjoyed doing, though when I was younger, I tried to do it more through art and comics. I started writing before I was in my teens, and just haven’t stopped! Last year I decided I wanted to pursue writing as a serious career after discovering that self-publishing is now a viable option open to writers, and in December I started writing and it took off from there. Now I am fully focused on making a career in writing work for me.  END_OF_DOCUMENT_TOKEN_TO_BE_REPLACED