Happy St. Pat’s Day! Hope you enjoy reading about my most wonderful of birthday presents.

On this day, in 1944, at St. Vincent’s Hospital, Jacksonville, Florida, guess who was born? Yep. Me. I arrived kicking and screaming, and pretty much kept on in that vein for the next 73 years. Well, I don’t scream as loud as used to, and I hardly ever kick anyone these days, but you get my drift. Today is my birthday, and do you know what I plan to do? Ahem. ANYTHING I DARN WELL PLEASE! All day long! 😀

My daughter gave me a lovely piece of art for Christmas, and the first thing I’m doing tomorrow is taking it in to be framed. Then I’m going to do some fun shopping, hitting the local bookstores (what’s left of ’em, anyway) and some garden centers I love to browse. After that, I’m getting a haircut, so I won’t scare the dogs…

The Turn by Kim Harrison #TuesdayBookBlog 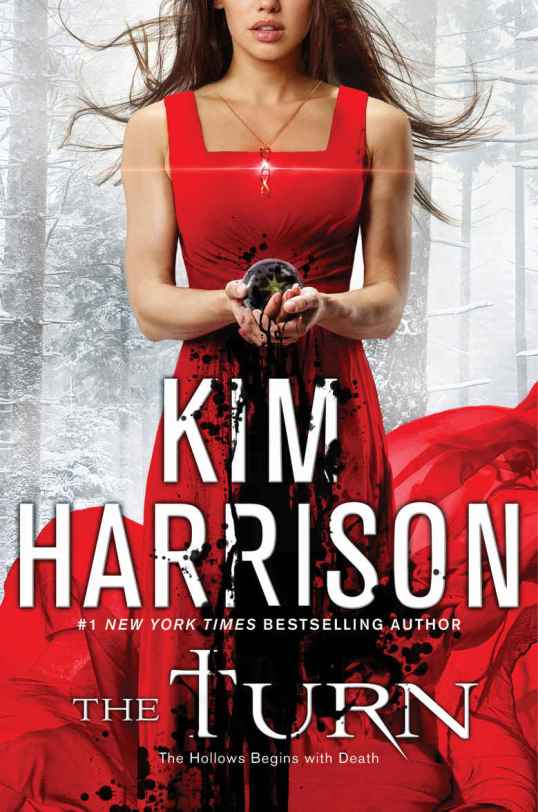 #1 New York Times bestselling author Kim Harrison returns to her beloved Hollows series with The Turn, the official prequel to the series that will introduce you to a whole new side of Rachel Morgan’s world as they’ve never seen it before!

Can science save us when all else fails?

Trisk and her hated rival, Kal, have the same goal: save their species from extinction.

But death comes in the guise of hope when a genetically modified tomato created to feed the world combines with the government’s new tactical virus, giving it an unexpected host and a mode of transport. Plague rises, giving the paranormal species the choice to stay hidden and allow humanity to die, or to show themselves in a bid to save them.

Under accusations of scientific misconduct, Trisk and Kal flee across a plague-torn United States to convince leaders of the major paranormal species to save their supposedly weaker kin, but not everyone thinks humanity should be saved, and Trisk fights the prejudices of two societies to prove that not only does humanity have something to offer, but that long-accepted beliefs against women, dark magic, and humanity itself can turn to understanding; that when people are at their worst that the best show their true strength, and that love can hold the world together as a new balance is found.

When I saw that a prequel to Harrison’s very popular Rachel Morgan/Hollows series was coming out, I had mixed feelings. Yes, I read every one of the Hollows books, right to the end, but I might not have done so, had I started them after reading a lot of other urban fantasy books. (Thus having more experience with what the genre ought to feel like.) For me, the books were always a mixed bag. There were some story lines and some characters I really loved, and some I definitely did not. And sadly, several of the ones I truly didn’t like were supposed to be the good guys. Not a single book made me happy all the way through, I’m sorry to say. And yet I kept reading.

I think I stuck with the series primarily because I really enjoyed the character of Trent Kalamack, and wanted to watch his relationship with Rachel grow into something permanent. No way to tell you whether or not that happened, without spoiling the books for those who might still like to read them. I can say that the final book was not nearly as well done as I had hoped it would be, and the ending felt rushed and incomplete to me. (Ducking for cover, here, because Harrison’s fans are legion, and I don’t want anyone throwing things at me. Like lethal, virus-riddled tomatoes.)

I will say this. You have to be doing something right to keep a reader coming back for thirteen books, which I did, so my hat’s off to Kim Harrison for creating series that, to me, was flawed, but was still absolutely addictive. I will also add that the things I did like, I liked very, very much, and they mostly made up for the things I hated.

Now, comes the prequel. Did I like it? Yes and no. Was I engaged with any of the characters the way I was with some of the ones from the Hollows book? No. They weren’t badly done, per se. They just didn’t pull me into their stories as much as I’d hoped. The book isn’t bad, by any means, and since I seldom gave any of the Hollows books more than 4 stars, 3.5 for this one feels about right. I did very much enjoy finding out how the tomato virus happened. And I must say that meeting Kal explained a lot about what made Trent Kalamack the conflicted and complicated character he was in the Hollows books. Oh, my. Talk about the sins of the fathers.

All in all, I would recommend The Turn to anyone who enjoyed the Rachel Morgan books. You’ll have to decide for yourself how it stacks up against those. I believe that there will be more books in this new series, and I’ll probably read the next one, too, having come this far. If the characters start to engage me a bit more, I’ll continue, but if not, I’ve got a TBR list as long as my arm, waiting. So, you Hollows fans, read this one  for yourself, and let me know how it works for you. Hopefully, you’ll enjoy it, and we’ll find out together if the next one is a bit stronger. Sometimes a new series just needs to get its sea legs under it, and then, it’s smooth sailing.

The Turn: The Hollows Begins With Death

A man with dyslexia writing about this and that and everything else!

A Quiet Place of Inspiration. We love art and literature.

Writing - Loving What I Do and Doing What I Love!

betweenthelinesbookblog.wordpress.com/
I Write. I Read. I Review
booklovercircumspect4

"The stories we love best do live in us forever."