I Heard The Bells On Christmas Day by Henry Wadsworth Longfellow 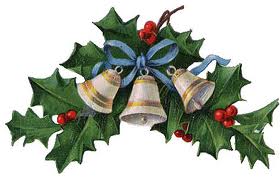 One of the most familiar carols of the Christmas Season, most people don’t know the story of Longfellow’s poem.  When I first learned what lay behind it, I listened to the carol in a whole new way.  That was quite a few years ago, but I still get goosebumps on my arms and a tear in my eye when I hear the lyrics, even today.

It was written during the Civil War, when Longfellow was in the depth of despair due to the tragic death of his beloved wife, and the severe injuries to his son, who was a soldier in the Civil War.  I won’t go into the details here, but suffice it to say that his very faith was shaken, and then was restored by the sound of Christmas bells.  Pay close attention to verses three and four (in Italics), and you can see exactly what Longfellow was thinking and feeling, in the depth of his grief.

It seemed to me that these words are especially meaningful today, especially after we have all witnessed the pain and suffering of so many this week.  Maybe reading over these words will help some of you begin to come to terms with the fact that Life is often filled with terrible pain, but that we must never give up hope.  As Longfellow so eloquently expresses it, “The wrong shall fail, the right prevail.”

In spite of the great sadnesses that come into each of our lives at times, may you each find peace in your heart and hope for the future.

I heard the bells on Christmas day
Their old familiar carols play,
And wild and sweet the words repeat
Of peace on earth, good will to men.

And thought how, as the day had come,
The belfries of all Christendom
Had rolled along the unbroken song
Of peace on earth, good will to men.

Then pealed the bells more loud and deep:
“God is not dead, nor doth He sleep;
The wrong shall fail, the right prevail
With peace on earth, good will to men.

Till ringing, singing on its way
The world revolved from night to day,
A voice, a chime, a chant sublime
Of peace on earth, good will to men.